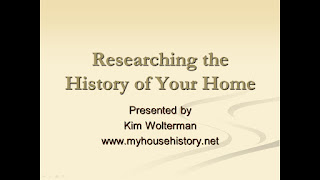 As an update to the CreateSpace debate, both the books I processed through CS are now live and available on Amazon. Woo, hoo!
Posted by Kim Wolterman at 8:55 PM

I'm sure it was a great presentation, Kim. I'd love to see it sometime. Congrats on the sales, too! And I know what you mean about tech phobias...

Woo hoo! I'm sure you will get other gigs! And sell some books!