What was the first foreign country that you visited?

In 1984 my husband had a business trip that would take him to Riyadh, Saudi Arabia for three months. At the time, any income earned in a foreign country was tax exempt in the United States, and Jim received an increase in pay for the time that he would spend overseas. So we decided to take advantage of the fact that his flights were paid for and enjoy a European vacation at the end of his work schedule in Riyadh. We settled on a 17 day, multi-country tour beginning in Rome.

The trip was booked, Jim had been ensconced in his duties in Saudi Arabia for two months, and I was working full-time at MOMEDICO when I found out I was pregnant with our first child. Surprise! This was way before the Internet was widely used, and home land lines had exorbitant rates for continental long-distance phone calls, much less international calls. I decided that I would not tell Jim about the baby until I saw him face to face, which meant no one else got to know the secret until we returned from our trip.

Making my first international flight by myself was a little scary, but I survived and Jim met me at the airport in Rome as our flights arrived on the same day. After catching up with all he had done and what had been going on with work and our families back home, I let him know that he was going to be a daddy. We had planned on having a family at some point, so fortunately he was overjoyed by the news. 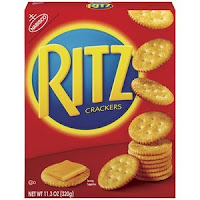 Being in the first trimester of pregnancy, I was experiencing some morning sickness. Diesel fumes in particular made me nauseous. Fortunately Ritz was the universal cracker, and eating those helped immensely.

We met up with our tour group the day after we arrived in Rome, and the bus took us on a site-seeing tour of the city. One thing we liked about traveling with this particular group is that in each new city we visited they offered a half-day bus tour to get us acquainted with the area. Then we had free time to go back to see what interested us on our own. We were definitely among the youngest people on the tour, with the exception of a college student who was traveling with his grandfather.

In Rome it was a great thrill to see the Forum, Pantheon, Colosseum, Arch of Titus, the Vatican and St. Peter's, and of course, Michelangelo's David. All the places you learned about in school, church, or saw in the movies - to see them in real life was a bit surreal.

We took side trips to Villa d'Este, a 16th century villa in Tivoli known for its terraced hillside gardens and fountains, as well as to Pisa to see the leaning tower. We climbed to the top of it, despite the lack of guard rails to protect from falls. Unfortunately our visit was marred by the fact that someone stole Jim's telephoto lens right out of the backpack he was wearing! That was particularly maddening in light of the fact that we were only days into our trip and would not have the use of the lens for the rest of our travels.

From Rome we went to Venice before heading to Lucerne, Switzerland, then on to Paris (with a side trip to Versailles), and ultimately ending up in London. Since this post is about the first country I visited, I won't go into more details about the rest of the journey. For the most part we enjoyed traveling with the group as the company took care of all transportation, luggage, language barriers, etc., and breakfast was included each morning. Though we soon learned that the breakfast was the same each morning - no matter what country we were in. It included coffee, tea, juice and a hard roll with butter and jelly. By about the 8th day, one of the couples was missing from breakfast. When we saw them later, the gal explained, "We couldn't eat one more damn roll!" The rest of us could relate. But overall, it was a good way to be introduced to foreign travel.