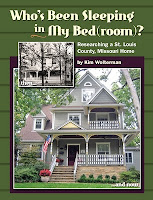 At 9:30 this morning I met with my production manager to pick up my books. Even though it was a Saturday, there were several cars in the lot. At least the electronic gate was open today and I didn't have to wait double-parked in the street while calling the office to get them to open it. On my first visit to the printer I got locked inside the parking lot. Thinking that a motion sensor that would open the gate, I drove slowly forward hoping to trip the electronic eye. Nothing...After several more attempts, which even now probably appear on youtube somewhere, I finally spied an employee out on a smoke break. I motioned to her and asked her about the gate, and she said she would come over and let me out. She had to punch in a code at the gate. Would have been nice if someone inside had given me a heads up on that one.

At any rate, I picked up the copies today. Originally I had picked up and paid for 110 books (the 100 in my order and an overrun of 10). Today I only received 102 books. I think they were done with me by the time they got this batch completed. I expressed concern that I was getting less than I had originally paid for, and he had the gall to reply that I had kept 10 of the original books! Yes, 10 that I wasn't happy with! Throw me a bone here, buddy! After four additional trips back and forth to the printers and stressing all week about whether I would have books for my signing tomorrow, he is going to quibble over those 10 books I kept for the local bookstore? Have mercy!

Bottom line here is that the new books look better than the old, but still not perfect. I probably will look for a different printer when I get ready to order more.

And to end on a happy, positive note, I had been contacted by the Book House on Manchester with a request to see a copy of my book. Upon showing it to the owner, she immediately purchased 5 copies. And gave me a check! Woo, hoo!!!
Posted by Kim Wolterman at 1:55 PM